Founder and CEO of OzHarvest 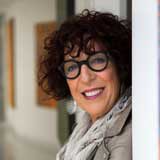 OzHarvest was founded in November 2004 when event’s organiser, Ronni Kahn wanted to make a significant contribution to society. Stunned by the amount of food wasted by the hospitality industry, she decided to do something about it. Inspired by CityHarvest, a charity that had been operating successfully for over 20 years in New York, Ronni brought the food-rescue model back to Sydney.

Backed by the Macquarie Foundation which provided initial funds and Goodman, which provided the first OzHarvest van and office space, OzHarvest was finally up and running. Ronni was instrumental in changing the existing legislation across four states that had prevented food donors from supplying excess food. OzHarvest collected and delivered its first meal on 3 November 2004 and in its first month delivered 4,000 meals to 14 shelters using one van. OzHarvest now delivers over 480,000 meals each month with a fleet of 21 vans to more than 500 charities across Sydney, Wollongong, Newcastle, Adelaide, Brisbane, Melbourne and more recently in the Gold Coast.

In 2013, OzHarvest received the United Nations World Environment Day Award for Community. Ronni has been recognised as a leader in the fields of entrepreneurship, social impact and innovation and has been awarded with numerous achievements for her work and commitment to the community, some of which include: Veuve Clicquot Award Business Woman Tribute Award for Innovation, Entrepreneurial Skill and Contribution to the Community in 2012, Ernst & Young Social Entrepreneur of the Year 2012, Australia’s Local Hero, Australian of the Year Awards 2010, InStyle Woman of Style Award - Community /Charity category 2011, Enriched List by American Express in 2010.

1. Which aspect of the food loss and waste problem is the most relevant for you?

The problem of food loss and food waste is that it is not only a waste of resources such as water, fuel and energy, as well as time and money expended in producing the food, but that it is not in itself considered as a valuable resource that can be redistributed to those in need.

Education and raising awareness of this situation is a simple and effective means to address this immense problem that both the earth and the people on it cannot afford to waste! The implementation of a solution like the OzHarvest model of food rescue is simple, cost effective and results in great environmental and social impact.

Save Food initiative helps to raise awareness and therefore highlights both the challenges and the solutions to the issue of food waste. The bringing together of stakeholders through the food production, distribution and sale and raising consumer awareness will go a long way towards minimising and eliminating food waste.