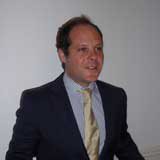 James Lomax has been the Agri-food Programme Officer in UNEP’s Division of Trade, Industry and Economics based in Paris, France since 2009. A tropical agriculturalist by training and with a background in farming, before joining UNEP Mr. Lomax had a varied career in the private sector in farming, food processing and export of food in Africa and Europe.

In Africa, Mr. Lomax has had his own agri-business working with smallholder farmer groups to produce Cat 1 vegetables for the European market and spent many years in the field facilitating training, logistical development and overseeing the introduction and development of sustainability standards. He was also the production director of large-scale farming businesses in Southern Europe producing salads and watercress in both conventional and organic production systems. Mr. Lomax is now the lead on sustainable agriculture and food systems in the Sustainable Consumption and Production Branch. A key element to his work is FAO/UNEP Sustainable Food Systems Programme which he leads in partnership with FAO.

1. Which aspect of the food waste and loss problem is the most relevant for you?

We are looking mostly at food waste as it is the most logical (and least controversial) way to approach our attitudes and behavior when it comes to food consumption and our attitude towards food.

Food waste needs to be dealt with systematically through a mix of awareness raising, market signals and incentives for the consumer.

SAVE FOOD as the first initiative of its kind serves as an effective forum for the sharing of best practices and the focus for international efforts. It also serves as focus for other initiatives like UNEP's Think.Eat.Save.