SAVE FOOD Study in India 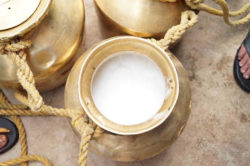 Presentation of the SAVE FOOD Study in India

FAO carries out field studies on the root causes and “mechanics” of chickpea, mango, milk and rice losses in India

Between May and July 2016 the Food and Agriculture Organisation of the United Nations (FAO) carried out extensive studies on food losses in various areas of India. This was made possible by the contributions made by members of the SAVE FOOD Initiative.

The scientific work focused on all stages of the value chain for chickpeas, mangos, milk and rice, quantified losses and shows approaches for counter measures. As a first step researchers drew on existing sets of data from numerous Indian research institutes from the food and agricultural sector, for instance, to then gain further insights through their field studies. To this end, farmers, processors, wholesalers and retailers as well as forwarders and warehouse operators were interviewed on a scientific basis. In addition to this, shipments were tracked on their transport routes in order to capture the quantity of losses. In the case of mangos the researchers also interviewed export business stakeholders.

Studies of this kind are an important prerequisite for curbing food losses in a targeted manner, which cause a particular problem in developing countries as they prevent the majority of produced foodstuffs from reaching consumers. In a best-case scenario the insights gained on general “mechanics” can be transferred to other food categories or similar markets. These efforts are generally aimed at approaches for building capacities along the supply chain, the targeted use of technology but also for training producers, the installation of local storage and distribution centres as well as raising general awareness about greater efficiency and sustainability. The study in India is the second of its kind funded by the SAVE FOOD Initiative. In the run-up to interpack 2014 food losses in Kenya were already examined. The results of the India study will be presented as part of the SAVE FOOD Congress on the first day of the interpack 2017 trade fair in Düsseldorf. 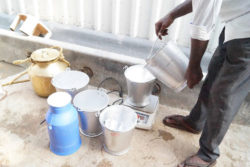 Food and Agriculture Organization of the United Nations
Read more