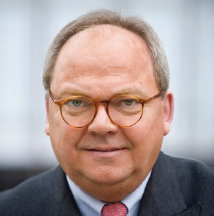 President and CEO, Messe Düsseldorf
Following his vocational education in hotel management and his Business Administration studies, Werner M. Dornscheidt has worked in the international trade fair business since 1979. He spent the major part of his professional career at Messe Düsseldorf GmbH or its predecessors in various positions in Germany and abroad.

From 1999 to 2003, Mr. Dornscheidt was President and CEO of Leipziger Messe GmbH, before he started in the same position at Messe Düsseldorf GmbH in January 2004. As member of the Advisory Committee of China Expo Forum for International Cooperation (CEFCO) etc., he contributes his multifaceted international experience. In his many other offices mandates and memberships, Mr Dornscheidt gives proof of his personal commitment - as individual member of the Board of Trustees of Stiftung Deutsche Sporthilfe (German Sports Aid Foundation), for example.